Since their origin with the 1817 Royal Charter granted to the Bank of Montreal, and until 1944 with their replacement with the singular Bank of Canada, Canadian Chartered banks satisfied the needs of the young nation’s economy by issuing banknotes against their holdings. Such Banknotes come in a variety of designs and denominations, many bearing common themes such as agriculture, progress, and the Royal family. While many local Chartered banks sprung up, issued banknotes, and disappeared immediately afterwards, others remain household names to this day. A partial, alphabetized and non-exhaustive list of chartered banknote-issuing entities follows:

The request for Chartered Bank’s Notes was so high that Banknote designers and printers bought advertisements in well-recognized publications such as this piece, from the 1857-1858 Canada Directory, Author’s Collection. 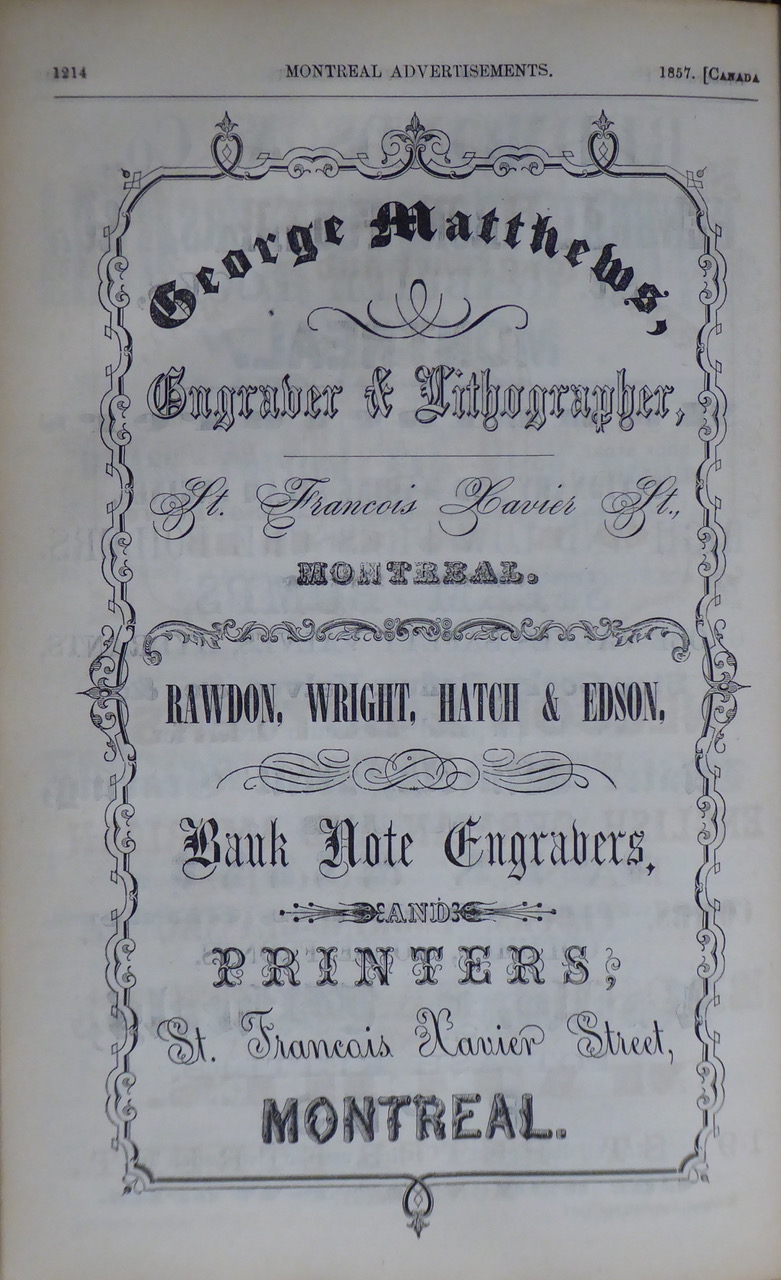